Jeffrey H. Miller, Esq. is the Founding Member of MILLER LAW OFFICES, PLLC. Before practicing law, Mr. Miller worked as a congregational Rabbi, having earned a Master’s degree and Rabbinical ordination from Yeshiva University in 1988. Mr. Miller graduated from St. John’s University School of Law in 1998, where he served on the American Bankruptcy Institute Law Review and was a member of the Dean’s List. Upon receiving his Juris Doctor, Mr. Miller interned with the Honorable Jeffry Gallet (SDNY Bankr.) before accepting employment as a litigation associate.

In February 2017, Jeffrey was accepted to serve on the American Arbitration Association’s panel of commercial arbitrators.  Mr. Miller has served as the legal advisor to the Union for Traditional Judaism and its rabbinical arm, Morasha.  He has also lectured on a wide array of topics concerning the intersection of secular law and the rabbinate.  Mr. Miller is an accomplished author, with numerous publications, including:
Train Talk, The Journal of Pastoral Care & Counseling, Vol. 59, No. 4, Winter 2005.
Silence Is Golden: Clergy Confidences; The Interaction Between Statutes & Case Law, 22:1 Am. J. Trial Advoc. 31, Fall 1998.
Assembly Required, The Journal of Pastoral Care, Spring 1999.
All the Jeffrey Millers, Expository Times, Vol. 110, No. 6, March 1999.
The Unregulated Practice of Ritual Circumcision: Conflicts Between New York Case Law & Statutes, and Jewish Ritual Law, Medical Trial Technique Quarterly, Vol. 44:3, March 1998.
Pataki, Johnson, & the Second Century Sages, New York Criminal Law News, April 1997.
Unanswered Prayers, Inside Magazine, Spring 1993.
Jeff still delivers an occasional sermon and writes on “Jewish” / Biblical topics.  Some of his articles have been collected and can be viewed by clicking on this hyperlink
Whether in the transactional or litigation side of his practice, Mr. Miller believes that his primary goal is to provide the most economical solution to his clients’ problems.  Mr. Miller is admitted to practice in the State Courts of New York and New Jersey.  He is also admitted to practice in the Southern and Eastern Federal District Courts of New York, Federal District Court of New Jersey, and the District of Columbia. 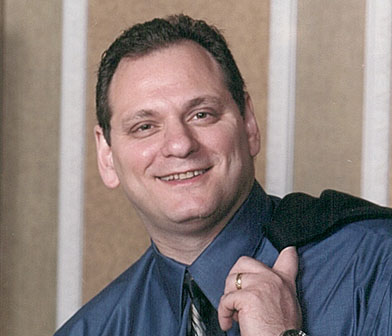 We love to hear from our clients and visitors. Drop us a line and we will discuss how we can help with your projects.